NFL 2021-22 Wild Card Round Against the Spread Betting Picks 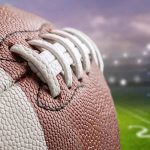 The NFL regular season was an exciting one that saw the final playoff rankings decided by an OT field goal kick with no time left on the clock. It was a suitable end to what was a thrilling season full of surprises and upsets. We now have to wait and see if all of that carries over into the postseason. 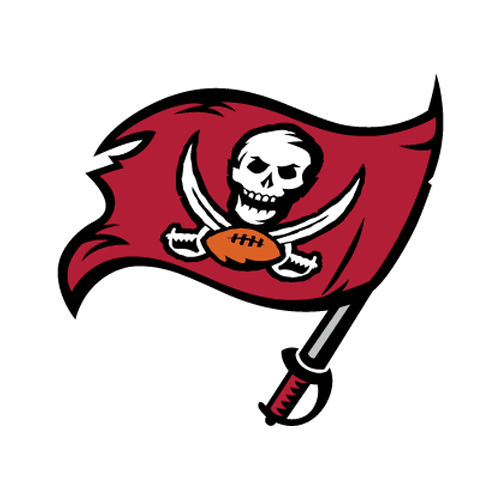 With the NFL Playoffs kicking off this weekend, it is important to look at the odds and figure out where we should be leaning for future bets throughout the postseason.

Today, we will be dissecting the second seed in the NFC: the Tampa Bay Buccaneers, and discuss if they have a chance to repeat as Super Bowl Champions.

All odds are courtesy of MyBookie. Let’s start things out by looking at the Tampa Bay Buccaneers so you can plan your bets against their NFL Playoffs odds.

Tampa Bay has the second-best odds to win the conference, with the Green Bay Packers having better odds at +146. They defeated the Cowboys and Eagles during the regular season, and those could be the first two teams they face before the NFC Championship Game. After that, they likely will play in Lambeau Field against the Packers, and they were able to defeat them last year.

The Buccaneers are a one-sided offensive attack as their 98.4 rushing yards is 26th in the NFL. Teams in the NFC have incredible cornerback play, and having their second-best corner defend Rob Gronkowski is a lot more effective than having the fourth corner if they had their complete roster from Week 1.

The Buccaneers currently have the fourth-best odds of winning back-to-back Super Bowl Championships as the Green Bay Packers, Kansas City Chiefs, and Buffalo Bills all have better odds than them.

They begin with a home game against the Philadelphia Eagles in the Wild Card round, and as the second seed, they get the second-lowest seed throughout the postseason after the Packers.

They have a decent road to the Lombardi Trophy, and it is plausible to expect that to happen, especially with favorable odds to win it all once again.

Tampa is a little banged up still and officially placed Richard Sherman on Injured Reserve, so he will be out for the postseason. They also will be without wide receivers Antonio Brown and Chris Godwin, so they will be a little thin at that position outside of Mike Evans.

They do not get rest, so it will be a little difficult as they need to win four games in order to win the title with a depleted roster.

With the odds so high, I would jump on them to win the NFC and the Super Bowl. At +710, that is incredible value for a team that is leading the league in passing yards and second in points per game. Tom Brady ended up with 326 passing yards and three touchdowns against the second-ranked defense in Carolina to end the regular season.

With Shaquil Barrett and Devin White healthy to play to begin the playoffs and Lavonte David still on Injured Reserve as of this writing but expected to be activated before the NFC Wild Card game, the defense should be able to hold up.

The Bucs’ toughest road to the Super Bowl would be Philadelphia, Dallas, and on the road in Green Bay, and the Buccaneers get home field in the NFC Championship Game if Green Bay is eliminated, which would increase their odds dramatically.

Getting healthy and already having a win over the two NFC East teams in the postseason that would be their opponents in the postseason is a huge plus, and I would really expect the Lombardi Trophy to be hoisted by Tom Brady for the eighth time.

Posted: Wednesday, January 12, 2022 11:52, EST
With the NFL Playoffs kicking off this weekend, it is important to look at the odds and figure out where we should be leaning for future bets throughout the postseason. Today, we will be dissecting the second seed in the NFC: the Tampa Bay Buccaneers, and discuss if they have a chance to repeat as Super Bowl Champions.  All odds Read More

Posted: Tuesday, January 11, 2022 10:59, EST
The NFC looks to have a loaded playoff field. The Green Bay Packers are the #1 seed in the playoffs and are the favorite to represent the NFC in the Super Bowl. Tom Brady is still in the NFC, and Sean McVay and the Rams have proven to be a tough team to beat in the NFC. We also can’t Read More

Posted: Friday, January 7, 2022 11:50, EST
What a week the Tampa Bay Buccaneers have had. After Antonio Brown walked off of the field in New York, taking parts of his uniform off and throwing articles of clothing into the stands, Tampa Bay has been in the news all week. With conflicting stories on what truly happened, and now the release of Brown, the Bucs are just Read More

Posted: Wednesday, January 5, 2022 11:49, EST
The playoffs are upon us, and the NFC playoff field is nearly set. There are a couple of games in Week 18 that will impact the NFC playoff picture, but for the most part, the field is set. Let’s take a look at some of the favorites to represent the NFC in the upcoming Super Bowl so you can bet Read More

Posted: Tuesday, January 4, 2022 3:51, EST
Not everyone was on board with the idea of adding an extra week to the NFL regular season, but the coaches and players of 6 teams are sure to be glad for it right now. We head into the final week of the season with just 2 playoff spots, 1 in each conference, up for grabs and 6 teams with Read More

Posted: Tuesday, January 4, 2022 1:42, EST
With one week left in the regular season, the race for the NFL MVP award is heating up. With the Bengals surge over the last couple of weeks, Joe Burrow has jumped into the race. We’ll see how the next week shakes out, but right now, it looks like the award is Aaron Rodgers’ to lose. Let’s take a look Read More

Posted: Friday, December 31, 2021 4:10, EST
There is a very big difference between the playoff races in each of the conferences. In the AFC, only one team, the Kansas City Chiefs, have officially clinched a playoff spot. Things are a whole lot clearer in the NFC with 5 of the 7 postseason spots already clinched. While there are teams that have punched their ticket in, there Read More