In a little over two weeks’ time, the first ball of the T20 World Cup 2022 will be bowled.Between now and then, international sides are busy trying to fine-tune their playing XI selections and get key players into top form. As a result, this week sees eight international sides active in T20 action, with four different series playing out. 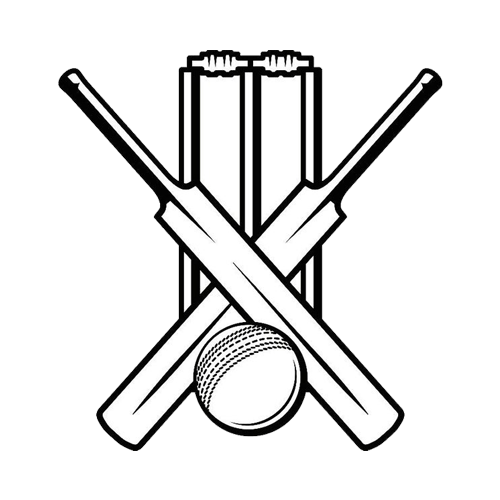 In a little over two weeks’ time, the first ball of the T20 World Cup 2022 will be bowled.

Here’s an overview of each of these series, and the  Cricket Betting Odds.

The final T20 between India and South Africa will play out this Tuesday, with the series already won by India. The men in blue have been dominant so far at home, rolling South Africa by eight wickets in the first match and defending a whopping 237/3 in the second.

Two days later, the sides commence a brief ODI series, with the first two matches occurring on Thursday and Sunday. Expect fireworks across these games, as both sides will be looking to stay in T20 mode.

India are also likely to be favorites here, with odds released following the conclusion of the T20 series.

A rapid-fire series between Australia and the West Indies takes place over the course of three days, with a sudden-death two-match series.

The home side and World Cup hosts Australia are coming off a recent series loss in India, where they held their own but ultimately fell 2-1. Returning to their home conditions, Australia will be eager to get some wins under their belt ahead of the World Cup starting in late October.

The West Indies have had six weeks off international cricket, with their latest outing a series loss at home to New Zealand. They’ll also be eager to see some of their stars hit form ahead of the World Cup.

Australia are -370 favorites to win the first T20I.

Another jam-packed series starts this Friday, which sees New Zealand, Pakistan and Bangladesh face off in a tri-series.

With teams playing matches on consecutive days, each side will face the other twice, with a final played between the top two teams on October 14th. Pakistan are looking to build on their strong Asia Cup and England series form, while Bangladesh are desperate to turn things around after a poor 2022.

New Zealand and Pakistan are neck and neck to win the tri-series, while the first match sees Pakistan at -370 against Bangladesh.

Expect plenty of high scores and blooding of new players here, as the two sides who are favored to go deep in this year’s World Cup look to find form, without revealing their hand too much to their rivals.

Odds have not been revealed yet, and will likely be posted after Australia’s series with the West Indies. Expect this to be tight, with Australia marginally ahead provided they perform well this week.

Posted: Monday, October 3, 2022 11:43, EDT
In a little over two weeks’ time, the first ball of the T20 World Cup 2022 will be bowled. Between now and then, international sides are busy trying to fine-tune their playing XI selections and get key players into top form. As a result, this week sees eight international sides active in T20 action, with four different series playing out. Read More

Posted: Monday, September 26, 2022 2:04, EDT
With the T20 World Cup just around the corner, the world’s biggest cricket teams are going through their final motions to prepare for the tournament. As a result, there’s plenty of great T20 cricket action to be bet on this week. We look ahead to India vs. South Africa and Pakistan vs. England, the two big T20 series happening over Read More

Posted: Monday, September 19, 2022 3:46, EDT
All eyes are on the impending T20 Cricket World Cup 2022, as the first ball is bowled in less than four weeks’ time. Of the 16 nations competing in this prestigious ICC event, all are trying to fine-tune their preparation and head into the tournament with optimal form and depth under their belts. As a result, this week’s cricket provides Read More

Posted: Wednesday, October 28, 2020 6:00, EDT
Okay MYBookie cricket betting enthusiasts, here’s the rundown on what’s going on in the Indian Premier League as of right now so you can make your bets against their IPL odds. Cricket Twenty20 – Indian Premier League Rundown Rajasthan Royals Vs Kings Xi Punjab When: October 30, 2020 at 10:00 AM ET Rajasthan Royals are in seventh place in the Read More

Posted: Friday, July 12, 2019 10:16, EDT
Host team England takes on New Zealand in the 2019 Cricket World Cup Finals on Sunday, July 14. The match takes place at Lord’s Cricket Ground in London, England. First bowl is set for 5:30am ET with the English a big favorite over New Zealand. Can New Zealand provide a second straight upset victory? Or, will the English win their Read More

Posted: Tuesday, July 9, 2019 11:07, EDT
England battles Australia in the second ICC Cricket World Cup Semifinal on Thursday, July 11. The last time the two teams met, Australia beat England 285/7. The English got to their 50 overs before Australia. Can England turn the tables on the Australians? Check out the 2019 Cricket World Cup Semifinal odds, analysis, and a free pick for England-Australia! England vs Read More