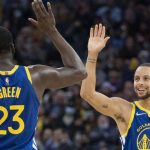 The NBA trade deadline is next week and while it remains to be seen if the 76ers will trade Ben Simmons, it is looking more and more likely that the Pacers will trade big man Myles Turner as he’s just not a fit on the disappointing team. The Los Angeles Lakers, New York Knicks, Dallas Mavericks and Charlotte Hornets have all expressed interest in Turner. 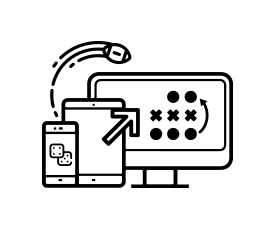 Posted: Thursday, January 13, 2022 9:58, EST
The NBA trade deadline is next week and while it remains to be seen if the 76ers will trade Ben Simmons, it is looking more and more likely that the Pacers will trade big man Myles Turner as he’s just not a fit on the disappointing team. The Los Angeles Lakers, New York Knicks, Dallas Mavericks and Charlotte Hornets have Read More

Posted: Wednesday, January 12, 2022 5:34, EST
Updated Super Bowl 56 odds are out. The favorites continue to be the NFC 1-seed Green Bay Packers and the AFC’s 2-seed, the Kansas City Chiefs. The Packers and Chiefs offer odds of less than +400. Before getting to our Super Bowl LVI analysis, note that it’s important to bet before the first wild card game. The reason? Super Bowl Read More

Posted: Wednesday, January 12, 2022 5:05, EST
Even though the Rams failed to beat the San Francisco 49ers in NFL Week 18, LAR still won the NFC West Division because the Arizona Cardinals lost to the Seattle Seahawks. Heading into the playoffs, questions surround Matthew Stafford, Aaron Donald, and the rest of the Rams. At their current NFC Championship odds, are the Rams an overlay or underlay? Read More

Posted: Wednesday, January 12, 2022 4:48, EST
Like what happened last season, the Green Bay Packers secured the NFC’s 1-seed, making Green Bay the favorite to win the 2022 Super Bowl. But although the Packers are the chalk, we can’t forget what happened in 2021. Green Bay fell to the Tampa Bay Buccaneers in the NFC Championship. Will the Packers close the deal this year? Does Green Read More

Posted: Wednesday, January 12, 2022 4:00, EST
The regular season is over and done with and we are down to 14 teams with a shot at winning the Super Bowl. It goes without saying that some teams have a much better shot than others at winning and moving on, but as we saw regularly during the NFC regular season, upsets are most definitely a thing. By the Read More

Simply Google "YOUR SPORT + Reddit Stream" 30 minutes prior to its start and follow the instructions to Cast directly to your TV. No signup or VPN needed to visit reddit, next using MyBookie Sportsbook's Online Betting Odds Site or Mobile Friendly Website login to the fastest, easyest way to get your action down on the latest betting odds on your favorite sports.