FC Midtjylland vs Atalanta BC 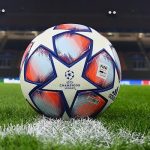 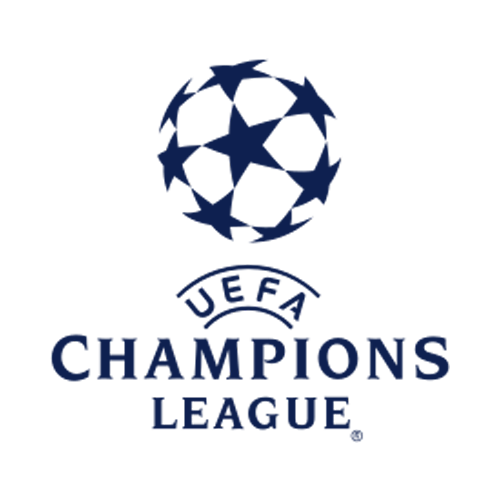 The Champions League picks it up in December. Matchday 5 is next Tuesday and Wednesday, followed by Matchday 6 on Dec. 8 and Dec. 9. Then on Dec. 14, the UCL has their Round of 16 Draw. Check out the teams leading each group heading into the final two matchdays of the season so you can keep making your bets against their Champions League odds!

With 12 points, Bayern has squashed their competition. They battle Atletico Madrid next Tuesday. Atletico has 5 points. AM must step it up. They could get knocked out if Locomotiv Moscow with 3 points has a good final two matches and Bayern dominates.

Monchengladbach and Real Madrid lead Group B with 8 and 7 points respectively. Gladbach crushed Shakhtar Donetsk 4-0 to retain their lead over RM. Real beat Inter Milano 2-0 in their latest. Expect Real to stamp their ticket in their next game. They play Donetsk. If they beat Shakhtar and Monchengladbach handles Inter, when the two Group B leaders face-off on Dec. 9, both could take it easy.

Man City and Porto ahead of Olympiacos and Marseille in Group C isn’t much of a surprise. Things could change next week for both teams, though. The Sky Blues take on Porto. City didn’t play well in their 1-0 win against Olympiacos and Tottenham put a 2-0 beating onto them in their EPL match before. Make sure to circle Manchester City versus Porto on Dec. 1.

Pool and Ajax throw down next week. The Reds have just 9 points while Ajax is in a 7-point tie with Atalanta. Liverpool could have made life rough for the Serie A squad, but Atalanta turned the tables on Pool with a 2-0 win. Group D should come down to the wire.

Chelsea and Sevilla both have 10 points. Stade Rennes and Krasnodar are at 1 point each, which means the underrated La Liga squad and the Blues will head to the knockout stage after the next two matchdays.

Dortmund has 9 and Lazio has 8. Club Brugge, with 4, still has shot. Dortmund must play Lazio on Dec. 2. That’s another match you should circle.

With 12 points, Barca looks like a lock to win the group. They should pick up a lot of goals next week after beating Ferencvaros 3-to-0 or 4-to-0. Juventus has picked it up. They’ve got 9 points and get a crack to turn the tables on Barca on Dec. 8.

With 9 points, Man United is in the driver’s seat. By no means are they a lock, though. On Wednesday, they play PSG with 6. Then on Dec. 8, United battles Leipzig, also with 6 points. Anything can happen in Group H!

Bayern Munich remains the massive favorite to repeat as UCL titleholders. Munich deserves favoritism, but they have shown a couple of chinks in the armor.

Yes, Bayern is dominating their Champions League opponents. However, they beat Dortmund by just a single goal in a 2-3 Bundesliga victory on Nov. 7. Then on Nov. 21, Werder Bremen hung with Munich in a 1-1 draw.

That doesn’t mean Bayern won’t win the 2020-2021 UEFA Champions League. It does mean the odds may not justify a bet. Anything can happen once we move to the knockout stage.

Have a great weekend!

Posted: Thursday, November 26, 2020 11:11, EST
The Champions League picks it up in December. Matchday 5 is next Tuesday and Wednesday, followed by Matchday 6 on Dec. 8 and Dec. 9. Then on Dec. 14, the UCL has their Round of 16 Draw. Check out the teams leading each group heading into the final two matchdays of the season so you can keep making your bets Read More
0 comments

Posted: Tuesday, November 24, 2020 10:48, EST
On Wednesday, the best club team in the world hits the pitch to again show why their 2020 Champions League title wasn’t a fluke. Bayern Munich, who answered every question asked, travels to Allianz Arena to battle overmatched Salzburg in an interesting UCL match. Will mighty Bayern dominate again? Or will Salzburg play well enough to keep the game respectable? Read More
0 comments

Posted: Tuesday, November 24, 2020 9:11, EST
Liverpool hopes to repeat the fantastic beat down they provided to Atalanta in their first Champions league match. Will the 2018 UEFA CL winners dominate the Serie A squad in the rematch? Or will Atalanta play well enough to at least beat Liverpool on the handicap? Check out Champions League odds, analysis, and a free pick for Atalanta versus Liverpool! Read More
0 comments

Posted: Monday, November 23, 2020 12:23, EST
Dynamo Kiev and Barcelona throw down again in a top Champions League match on the Tuesday before Thanksgiving. Will Messi and Barca put a beating onto Kiev? Or will Dynamo get it done at huge odds? Check out analysis, Champions League odds, and a free pick for Dynamo Kiev versus Barcelona! Dynamo Kiev Vs Barcelona Preview, Odds, and Free Pick Read More
0 comments

Posted: Monday, November 23, 2020 10:03, EST
Underdog Ferencvaros heads to Turin to attempt to turn the tables on heavily favored Juventus in one of the key Champions League matches next week. Juvy dominated in their last UEFA Champions League battle. Will they again beat up Ferencvaros? Or will the underdogs step it up? Check out Champions League odds, a preview, and a free pick for Juventus Read More
0 comments

Posted: Thursday, November 19, 2020 11:31, EST
The Champions League resume play next week on Tuesday, Nov. 24 and Wednesday, Nov. 25. Check out the five games on Tuesday and the five on Wednesday that soccer handicappers should put on their radar. We analyze and make early picks for all ten matches so you can bet on their Champions League odds! Early Predictions for UCL games on Read More
0 comments

Posted: Wednesday, November 11, 2020 10:48, EST
Bayern continues to show why they’re the top club team in the world, Liverpool garners more action and both Barcelona and Real Madrid remain alive. Check out where we stand in our UCL update so you can keep making your bets and cash in against our Champions League odds! Updated UCL Odds: Bayern Now a Less Than 3-to-1 Chalk 2020-2021 Read More
0 comments