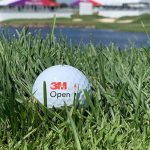 With the final major of the 2021 season in the rearview, the PGA Tour turns to the final home stretch as players try to rack up those final FedEx Cup points before the playoffs begin next month. The 3M Open, which succeeded the 3M Championship, returns for the third time with Michael Thompson looking to defend his 2020 victory.

A Look at the Final 2021 PGA Championship Odds

I have no idea why Masters runner-up Will Zalatoris is a +55o0 pick after being a +2800 pick a week ago and finishing an encouraging T17 in the Byron Nelson.