The 2022 CFL season has come to its end. The chance at a dynasty was ruined as Winnipeg was upset in the 109th Grey Cup. The Toronto Argonauts won their first Grey Cup since 2017 as they came back in the fourth quarter. What a season it was! Let's look ahead to next season's Grey Cup odds. It is never too early! Early 2023 Grey Cup Betting Odds and Betting Favorites for Next SeasonTier 1: The favorites Winnipeg Blue Bombers: +200Even after the upset, they are still number one. 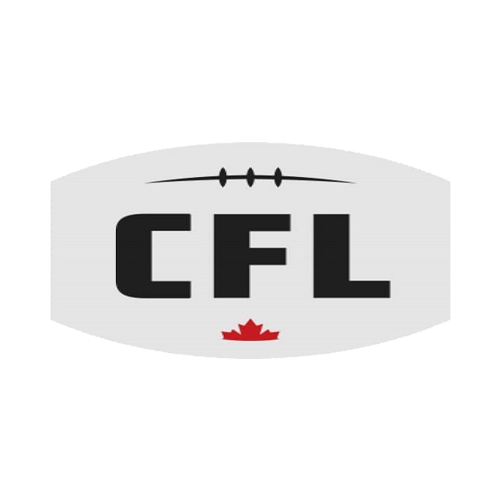 The 2022 CFL season has come to its end. The chance at a dynasty was ruined as Winnipeg was upset in the 109th Grey Cup. The Toronto Argonauts won their first Grey Cup since 2017 as they came back in the fourth quarter. What a season it was! Let’s look ahead to next season’s Grey Cup odds. It is never too early!

Even after the upset, they are still number one. Regardless of the outcome in this match, this is no surprise. Offense is the best in the league, along with the defense. With the MOP and Rookie of the year on their team, there is no denying the Bombers will be on top of the league yet again.

There are a lot of questions surrounding the Lions heading into the off-season. The roster that the Lions had in 2022 is not what it looks like it will be in 2023. Most outstanding Canadian Nathan Rourke and Jevon Cottoy are already getting looks from NFL teams. This is a great roster but will they be able to finish the job while losing key players?

The Stampeders had a tough road ahead of them this postseason. With the pieces likely to be locked in place yet again, they are poised to go for it all yet again. The Stamps showed major success in the regular season. This is not a team that will stand idly by and will do all means necessary to win the Grey Cup.

Tier 2: Middle of the Pack

The Argos are showing the city of Toronto how to win! But yet somehow they are listed at +500? How does this make sense? Well, there are a fair number of questions surrounding this team based on how it performed in the Grey Cup. There is uncertainty at quarterback and running back. This team could easily go back to back but the oddsmakers seem concerned.

The Tiger-Cats are not a team worth betting on. They looked mediocre during the regular season and got embarrassed in the postseason. With some tweeks, they could be back to the Tiger-Cats we once knew. For now, it is wise to refrain from betting on Hammer Town.

The Alouettes looked like they wanted to lose in the East final. They are a strong team and possess the highest upside in all of Canadian football. However, with Trevor Harris and Eugene Lewis as pending free agents, hold off on betting on Montreal.

Tier 3: Down but Not Out

It seems to be the end of the line for Fajardo and company. This team needs a major overhaul everywhere from the QB to the whole front office! Seems risky, but there is high upside.

Unless something miraculous happens in the draft or free agency, don’t bet on these teams.

Posted: Wednesday, October 12, 2022 1:27, EDT
The CFL season is close to wrapping up. There is no better time than right now as to place your CFL Grey Cup bets. The odds are as good as they will ever be. With teams clinching sports or on the verge of elimination, this week simply means more. Come check out the Week 18 updated Grey Cup Betting Odds … click title for full article.

Posted: Wednesday, September 7, 2022 2:27, EDT
While other major professional football leagues start this week or have started last week, that is not stopping the CFL from chugging along! With seven weeks remaining, Canadian football is coming down to the wire. With major, and that could be considered a massive understatement, shifts in the rankings, this is an excellent week for CFL Betting. Check out the … click title for full article.

Posted: Wednesday, August 11, 2021 1:17, EDT
Week 1 of the CFL has come and gone, and it was quite a shocking one as three out of the four games had the betting underdog coming out on top. More Canadian Football League action begins on Thursday in Calgary, so here are my picks for the Week 2 slate so you can get all set to bet against … click title for full article.

Posted: Saturday, December 31, 2016 9:40, EST
When it comes to making winning props wagers, there may not be more qualified handicapper/betting analyst in the industry…and forgive me for tooting my own horn, but hey, at least I’m honest! Props bets, both short-term game props and season-long props are a specialty of mine that I’ve developed over the years and I’m going to share some of the … click title for full article.

The Use Of Trends In Football Betting

Posted: Saturday, December 31, 2016 8:33, EST
Whether you’re a brand new football betting enthusiast or an experienced one that has been around the industry or ages, you should know that when it comes to betting on football, the use of virtually timeless trends has been the foundation for many pigskin online betting aficionados. This look at the use of trends and how they can be both, … click title for full article.

For the most part everything is ok with this company

I’ve been using MyBookie for about 8 months and can provide an in-depth review. Please note: I have not used any other sports betting sites to compare. I also tend to bet low stakes. So take that into account.
– Design: From a design perspective, everything is laid out cleanly. The site is a breeze to use on mobile. The sports I wish to bet on are easy to find and categorized well. The estimated payout automatically updates whenever I type in my wager, so it’s nice to know how much I can potentially earn right away. It’s easy to find my active bets. The one thing that isn’t easy to find initially is how to cash out. But once you know it’s on the Deposit Now page, it’s easy to get to.
One annoyance is that I have to login virtually every time I load the site. Checking the “save my information” box just auto-fills my username and password, not actually keeping me logged in, so I still have to wait for it to login. And it can often take several seconds to do so. This isn’t a huge grievance, just something you tend to notice after a while. I wish there was a way to just keep me logged in so I wouldn’t have to go through the process each time.
– Customer Service: The service is pretty amazing. Easily one of the main reasons I would recommend this site to others. There is a chat button on every page and they are active literally at all times of the night. I have also never had to wait more than a few minutes to receive help. Seriously, I know this sounds hard to believe, but I’m blown away. I never would have thought a sportsbook’s customer service would be 10x better than Amazon or my ISP. Sometimes I do have to give redundant or unnecessary information to address a simple question, but it’s a worthy trade-off given the luxury of being able to get my questions answered so easily and quickly. The help database is also cleanly laid out and informative.
– Sports: There is a diverse group of things to bet on. I actually only found this platform because they offered AUDL. I never dreamed I would be able to bet on ultimate frisbee in this lifetime. They also offer live betting, though I imagine that’s probably a staple of most sites. It is true they don’t tend to offer as many player props as other sites, and the props often take a while to be added. But there is enough available to be satisfied.
– The Catch: With all that said… you gotta read the fine print. I wouldn’t touch any of the bonuses or referrals without knowing exactly what I was getting myself into. The process to verify for cashing out is also pretty lengthy. From my perspective, having read everything very carefully, I’ve had no issues with bonuses or cashing out, because I knew exactly what I was getting into. But I could totally see people rushing into a bonus and shooting themselves in the foot, then complaining about the site. The info is all there, you just have to read it.
Full disclosure: I am writing this review because they are offering a free bet to anyone who reviews. However, as best I can tell, they are publishing all of the bad reviews too, which I think is a nice gesture. A lot of companies will only give a reward for a 5-star bet, whereas MyBookie seems to be giving the reward for negative reviews too. I’m rating this 5-stars because I genuinely enjoy the platform, not because I’ve been biased.

Thank you so much for taking the time to leave an excellent review with a lot of details that most customers miss(the fine print)! We will share this with all MyBookie Team to let them know to keep up the amazing work!