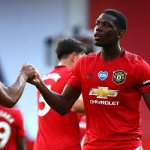 There is no more exciting date on the English Premier League calendar than the final day of the season. Yes, it’s disappointing to see the season come to an end, although the break between that and the start of the new season will be short this time around, but we have seen some fabulous drama on those final weekends. 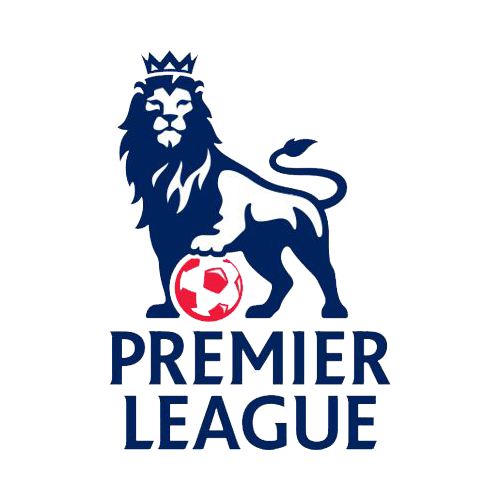 There is no more exciting date on the English Premier League calendar than the final day of the season. Yes, it’s disappointing to see the season come to an end, although the break between that and the start of the new season will be short this time around, but we have seen some fabulous drama on those final weekends. Every team plays at the same time, so we very often see fortunes change routinely throughout the course of a couple of hours. Let’s take a closer look at one of the upcoming matches for Sunday, so you can place your bets against their Premier League odds.

Teams win and lose championships or avoid relegation sometimes based on a single goal being scored late on. We will not see the title decided on Sunday, as that has long been done, but we will see the European spots and relegation places decided. In the case of the chase for the Champions League places, games do not come much bigger than this one. There is a chance that both of these teams could find their way in, but the reality is that one will likely get in, while the other will need to settle for the Europa League. United are very slight favorites for this one, with the goal total set at 2 ½.

Why bet on the Leicester City

We have seen teams either adjust quite well to the condensed schedule after the return or have problems maintaining the torrid pace. Leicester City are one of the teams who fall into the latter category, as they have seen what looked to be a definite place in the Champions League fall apart. They are now down in 5th, which would mean heading into the less lucrative Europa League. In order to get into the UCL, Leicester really need to get a win over Manchester United on Sunday. A win would automatically get them in, but they might also get there with a draw, but they would need to hope that Chelsea lose at home to Wolves, which is possible. Leicester have been good at home, going 11-4-3, while scoring 35 and surrendering 15.

Why bet on Manchester United

For Manchester United, to be in the position that they are in now after the start they made to the season is nothing short of incredible. It would have been a very brave person who picked them to land a Champions League spot, but they are now sitting in 3rd and heading into the final weekend in control of their own destiny. They got there by going on a run that saw them go unbeaten in 19 games. That came to an end with a 3-1 loss to Chelsea in the FA Cup semi-final. They followed that up with a 1-1 tie against West Ham, a game that would have clinched them a UCL spot had they won it. A draw will do them here, though, but expect them to go looking for the win. On the road this season, United are 7-5-6, scoring 24 and surrendering 19.

There is an awful lot at stake here, so expect there to be a bit of a nervy start. Leicester need to open up at some point, though, which could open the door for the fast counterattack of United. I think it will be United who get the win.

Posted: Monday, July 13, 2020 3:39, EDT
In the time that it took for UEFA to announce a decision, the race for European places in the English Premier League changed dramatically. Initially, the European governing body had handed Manchester City a 2-year ban, a decision that threw the battle for those cherished European spots wide open. The announcement by UEFA that the ban has been rescinded is Read More
0 comments

Posted: Wednesday, July 8, 2020 12:48, EDT
You can generally look at any given match up in the world of soccer and have a pretty decent idea of how things might play out. The fact that we see upsets and shock results every week of the season tells you that you cannot rely on how things look on paper alone. There are a ton of different factors Read More
0 comments

Posted: Wednesday, July 8, 2020 12:30, EDT
If the truth be told, there is a massive gap between the top 5 or 6 teams in the English Premier League, with money being the great divider. There is no way that the smaller clubs in the league can hope to compete with the financial might of the likes of the Manchester Clubs, Liverpool, and the rest of the Read More
0 comments

Posted: Tuesday, July 7, 2020 2:28, EDT
Every season, prior to the start of the actual games, we all go through the schedule for the English Premier League and pick out the matches that we need to watch. The most popular games are usually the ones that feature teams likely to be vying for the title or for the European places, but there are other games that Read More
0 comments

Posted: Monday, July 6, 2020 5:06, EDT
Manchester City will be looking to rebound from their stunning upset loss over the weekend when they host visiting Newcastle in their Premier League matchup on Wednesday. Man City is looking to remain in second place in the standings while Newcastle is just four points out of eighth place. With both teams relatively desperate, lets find out where the best Read More
0 comments

Posted: Monday, July 6, 2020 4:26, EDT
Red-hot Arsenal will look to extend their winning ways when they host visiting Leicester City in an intriguing matchup of top eight Premier League teams on Wednesday. With Arsenal playing their best soccer of the season and Leicester City looking to remain in third place in the standings, let’s find out which team is offering the best betting value against Read More
0 comments

Posted: Monday, July 6, 2020 2:42, EDT
There are now just 5 rounds left to play in the English Premier League and a lot of things still to be decided. At the top of the list is the race for European places, which has been blown wide-open with the resurgence of Manchester United, who now look like a very good bet to sneak into the top 4. Read More
0 comments

What You Can Bet On Friday, Saturday, and Sunday – July 3rd Edition

Posted: Friday, July 3, 2020 4:48, EDT
Golfers battle at the Rocket Mortgage Classic, tons of soccer action, a great NASCAR heads to the Brickyard, and the return of Formula 1 racing. That’s what sports bettors have to look forward to this July 4th weekend! What You Can Bet On July 3 – July 5 EPL, La Liga, and Serie A soccer Sure, Liverpool has already won Read More
0 comments

Posted: Wednesday, July 1, 2020 5:28, EDT
In modern football, it takes time and a whole lot of money to put together a winning team. The bad news for many teams is that the money is simply not there to be able to compete with the big boys. There are plenty of clubs whose sole focus is to stay in the Premier League and rake in the Read More
0 comments