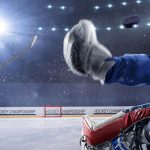 With the midway point of the NHL season now here, we have a rather solid idea of which teams might be heading to the playoffs and which will be sitting home. That said, things tend to change rather dramatically in the second half of the season, usually after teams make moves at the trade deadline. Muddying the waters a little this season is the fact that there are a lot of teams out there who have games in hand after missing a bunch during the most recent COVID outbreak. 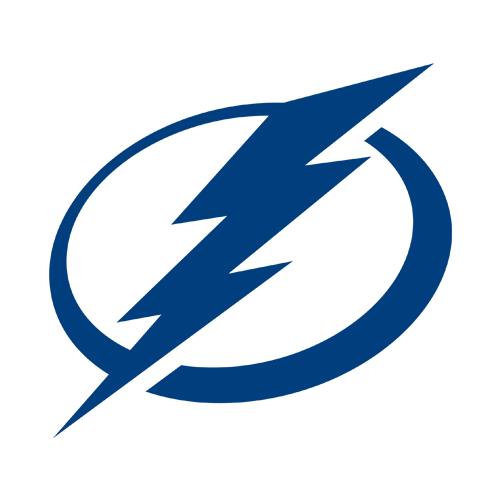 The NHL All-Star Game is almost upon us, which is a clear sign that we have reached the midway point of the season. That said, there are plenty of teams who still have games to make up before they can reach the true halfway point of the season. That makes things a little trickier when trying to figure out the Stanley Cup favorites versus the pretenders. As the league gets those make-up games played, we are going to see the odds to win it all change, probably rather dramatically, but it’s still fun to look at the Stanley Cup Betting favorites as they currently stand, so let’s get into that now.

Yes, it’s still just the middle of the season, but the Colorado Avalanche are rounding into the type of form that you expect to see from a team that is the favorite in the eyes of the bookies. The Avalanche have, at the time of writing, won 7 in a row and are 9-0-1 through their last 10 games. That has helped them open up a 6-point lead in the Central Division, while still having a pair of games in hand to their closest challenger, the St. Louis Blues. Their goal differential of +49 is the best in the league at this time, so certainly a lot to like with this team.

You can argue all you want about the strongest division in hockey, but right now, it’s tough to make an argument against the Atlantic Division holding that label. There are 2 teams listed in the top 4 favorites to win the Stanley Cup, and 3 in the top 5. The Tampa Bay Lightning, who just happen to be the defending champions, are in that group. They have amassed 61 points through 43 games, the same point total as the Panthers, albeit with a game more played than their rivals. The Lightning have a +26 goal differential.

Despite being slightly ahead of the Lightning in the standings, the bookies have the Panthers in at slightly poorer odds than the defending champs. This is a very dangerous hockey team, particularly on the offensive end, where they have managed to score 170 goals in 42 games. Where their odds might change is if they can land the #1 seed in the Eastern Conference, as that would mean home ice advantage through the playoffs. The Panthers are a brilliant 21-3-0 in their own building this season, but they would like to be a little better on the road.

The Golden Knights have been a real success story since joining the league a few years back and have been a consistent member of the NHL playoff club. They look to be heading towards another postseason appearance, as they have the lead in the Pacific Division, taking 52 points from 42 games. They will, though, have their eye on the Calgary Flames, who have a ton of games to make up and who could be their biggest challenger for the division title coming down the stretch. Still, the Golden Knights look good and have a goal differential of +26.

Posted: Wednesday, January 19, 2022 5:06, EST
We are at about the midway point of the NHL season, although given the number of postponed games that need to be made up, the standings are perhaps not a true representation of where we are in terms of Super Bowl favorites. Once everyone has caught up and the schedule is back in line, things might well look very different Read More

Posted: Monday, July 12, 2021 2:52, EDT
The NHL season is officially over, and the Tampa Bay Lightning are probably still celebrating after winning the Stanley Cup for the second straight season. One thing that they are probably not doing right now is thinking about next season and the possibility of a threepeat. It is, of course, way too early to start talking about the next Stanley Read More

Posted: Monday, June 28, 2021 3:44, EDT
And then there were two. After three exciting rounds of hockey, we are down to the last two teams standing in the Stanley Cup Final. One of them is not surprising at all, while the other is a team that most people didn’t see coming. This is familiar territory for the Tampa Bay Lightning, who come into the Final as Read More

Posted: Tuesday, June 15, 2021 9:13, EDT
The New York Islanders were big underdogs in Game 1 of their Stanley Cup playoffs semifinal series against the Tampa Bay Lightning, but the Isles pulled off the 2-1 upset. Oddsmakers have the Lightning as heavy home favorites on the NHL odds again for Game 2 on Tuesday. How to Bet Islanders at Lightning NHL Odds & TV Info When: Read More

Posted: Monday, January 18, 2021 12:47, EST
With the 2020-21 NHL season one week old, it’s time to make some fun-filled predictions on what we’ll be seeing out of the eight teams that make up the new Central Division. Let’s jump right into action so you can make your bets against their NHL odds. 2021 NHL Season Predictions: Central Division The longest active rivalry in the new Read More

Posted: Tuesday, September 29, 2020 6:29, EDT
After a coronavirus pandemic pause, the NHL restarted their 2019-2020 season in August. This past Monday night, on Sep. 28, the Tampa Bay Lightning beat the Dallas Stars to win the Stanley Cup. Check out how the Lightning took the Cup, who won the top NHL awards, and the most important moment of what will go down as one of Read More

Posted: Monday, September 28, 2020 2:16, EDT
Okay MyBookie NHL betting faithful, with Game 6 of the 2020 NHL Finals going down on Monday night, it’s time to find out whether the Tampa Bay Lightning or Dallas Stars are offering the best value in what could be the final game of the 2019-20 NHL season. Tampa Bay will look to finish off the Stars in what has Read More

Posted: Monday, September 21, 2020 1:30, EDT
Now, down 1-0 against the underdog Dallas Stars, the prohibitive favored Tampa Bay Lightning will look to even the 2020 NHL Stanley Cup Finals when Game 2 gets underway on Monday night. With both cubs going all-out for the win, let’s find out which team is offering the best betting value against their Stanley Cup odds. Stanley Cup Finals Game Read More

Last year, Tampa Bay finished first in the Atlantic division and the eastern conference. While Tampa had a fantastic 2017-2018 season, this year, The Lightning have been putting on quite the show.

Currently, Tampa is ranked as the leading team in the league, with over 55 wins this season. Tampa’s hype man, Steven Stamkos is experiencing one of the best seasons of his career, and isn’t showing signs of stopping yet.

Tampa was positioned to win this year’s 2019 Stanley Cup, however after their last three game performance, their odds are looking bleak. So far, the Columbus Blue Jackets are leading their series 3-0. If Tampa is going to make it past one of the wild card teams, they’ll need to win all four games to still have a chance at the cup.