The start of the second round of the NHL playoffs has been as good as the first, but there is zero time to catch our breath, as we are about to head into the weekend with a bunch of games coming our way. It's a quieter night on Saturday, with just 1 game on the schedule, but Sunday delivers 3 games in an evening that could prove to be pivotal for all the teams involved. 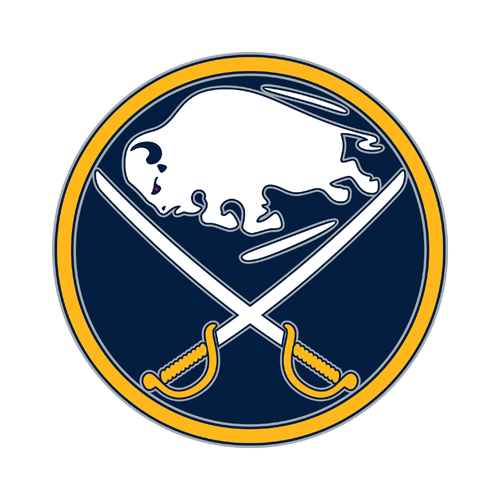 With the 2020-21 NHL season  entering its second week of action, now is a great time to offer up some expert NHL betting predictions on the NHL’s eight-team East Division. That said, let’s get right to it so you can keep betting against their NHL odds.

The Bruins and Rangers will play in the same division for the 20th time in their storied histories, but for the first time in nearly a half-century. The Original Six rivals were in the American Division together for each of New York’s first 12 seasons (1926-1938) and in the original East Division for the first seven seasons of the League’s expansion era (1967-1974).

This season, the top four teams in each division will qualify for the Stanley Cup Playoffs, with inter-divisional play in the first two rounds of postseason action.

The Flyers went 41-21-7 last season to finish second to Washington in the Metropolitan Division. Philadelphia finished an impressive seventh in scoring (3.3 gpg) and an identical seventh in goals allowed (2.8 gpg). While the Flyers didn’t make any huge offseason additions, this high-flying club is clearly going to be a force to be reckoned with moving forward with four players finishing with at least 20 goals and a future Vezina Trophy winner in net in the gifted Carter Hart who went 24-13 with a 2.42 goals-against-average.

Washington went 41-20-8 to finish atop the Metropolitan division standings last season. The Caps finished a modest 18th in goals allowed (3.1 gpg) but also finished a stellar second in scoring (3.4 gpg). Defenseman John Carlson recorded a team-high 75 points while dishing out 60 assists while superstar future Hall of Fame winger Alex Ovechkin tied for the league-high with 48 goals. I love Washington’s addition of veteran defensemen Zdeno Chara, Justin Schultz and Trevor van Riemsdyk, but the Caps could have some struggles in goal after parting ways with longtime net-minder Braden Holtby in favor of veteran Henrik Lundqvist only to see the longtime Rangers goalie hang up his skates just prior to the start of the regular season. Still, the Caps can outscore most teams and look like a team that will challenge to win this realigned division.

The Bruins went a stupendous 44-14-12 to finish with the best record in all of hockey, but Boston went belly up once the postseason started. The Bruins finished ninth in scoring (3.2 gpg) and a league-leading first in goals allowed (2.4 gpg).

Veteran net-minder Tuukka Rask is back in goal after going 26-11 with five shutouts and a stellar 2.12 goals against average. Superstar winger David Pastrnak finished tied with a league-high 48 goals and the addition of veteran Craig Smith should help at both ends of the ice. However, the losses of Zdeno Chara and Torey Krug are huge blows I believe will set Boston back a bit in 2021.

The Islanders went a modest 35-23-10 to finish sixth in the Metro Division. New York ranked an uninspiring 22nd in scoring (2.8 gpg), but an encouraging ninth in goals allowed (2.8 gpg). More importantly, the Isles caught fire in the postseason and dispatched several higher seeds to reach the Eastern Conference Finals before falling to eventual champion Tampa Bay.

Devon Toews is gone and Johnny Boychuk retired, but I love New York’s pair of centers, Matthew Barzal (60 points) and Brock Nelson (54 points) and goalie Semyon Varlamov who finished with a solid 2.62 GAA. Most NHL experts aren’t expecting much out of the Islanders, but I think they can easily build on last season’s playoff run!

Pittsburgh went 40-23-6 to finish third in the Metropolitan Division while ranking 10th in scoring (3.2 gpg) and 12th in goals allowed (2.8 gpg). The Penguins made a series of roster-altering moves like adding veterans Kasperi Kapanen and Maxime Lagace, first and foremost, I believe Pittsburgh’s success this season is far too dependent on the play of goalie Tristan Jarry after parting ways with veteran Matt Murray. Still, the Pens will score their fair share of goals as long as Sidney Crosby and Evgeni Malkin are upright and healthy and that means Pittsburgh will be in the mix for a top-four finish.

The Rangers went 37-28-5 last season to finish seventh in the Metropolitan Division. New York finished an impressive fifth in scoring (3.3 gpg), but uninspiring 23rd in goals allowed (3.1 gpg). The Rangers do have a pair of elite forwards in winger Artemi Panarin (32 goals, 95 points) and Mika Zibanejad (41 goals, 75 points), but they parted ways with longtime net-minder Henrik Lundqvist and will be going with the duo of Igor Shesterkin and Alexandar Georgiev. I’m expecting some struggles out of the Rangers in 2021.

Buffalo went a modest 30-31-8 to finish sixth in the Atlantic Division last season. The Sabres finished a uninspiring 21st in scoring (2.8 gpg) and 22nd in goals allowed (3.1 gpg), but they did add all-star winger and 2018 Hart Trophy winner Taylor Hall in arguably the biggest offseason signing in the league. Still, playing in a loaded division that features at least five legitimate Stanley Cup contenders, it’s hard for me to see Buffalo coming close to sniffing a playoff berth in 2021!

New Jersey went 28-29-12 last season to finish last in the Metro Division while ranking 24th in scoring (2.7 gpg) and 29th in goals allowed (3.2 gpg). The Devils added veteran net-minder Corey Crawford to back up 24-year-old starter MacKenzie Blackwood and I like their addition of Andreas Johnsson, but this club is so far away from challenging, it’s not worth mentioning!

Posted: Tuesday, January 19, 2021 12:25, EST
With the 2020-21 NHL season  entering its second week of action, now is a great time to offer up some expert NHL betting predictions on the NHL’s eight-team East Division. That said, let’s get right to it so you can keep betting against their NHL odds. 2021 NHL Season Predictions: East Division First, Boston and Buffalo will be divisional opponents Read More

Posted: Tuesday, January 12, 2021 4:56, EST
After finishing with their seventh straight losing season, the Buffalo Sabres will look to turn things around when they take to the ice in 2021. While Washington finished tied for the fifth most victories in the NHL last season, the Capitals came up well short in their quest to win it all last season. Now, with both clubs looking to Read More

Posted: Monday, March 9, 2020 2:00, EDT
The battle for playoff spots continues to go on at the same time as we are beginning to see some teams officially eliminated from playoff contention. To this point, no teams have officially clinched, although we can safely say that a handful will be taking art in the postseason. There is only one team, the Detroit Red Wings, that have Read More

Posted: Friday, February 28, 2020 10:54, EST
The Vegas Golden Knights were aggressive ahead of Monday’s trade deadline as they look to win the Pacific Division title, while Buffalo was largely a seller at the deadline as the Sabres are going to miss the playoffs again. The teams close their season series in Vegas on Friday with the Knights as huge NHL betting favorites at Mybookie. Let’s Read More

Posted: Wednesday, February 26, 2020 2:35, EST
The Buffalo Sabres and Colorado Avalanche will both look to extend their winning ways when they square off in their mid-week matchup live from the Pepsi Center on Wednesday night. With Colorado looking to lock down one of the top seeds out west and Buffalo desperate to stay in the playoff race in the East, let’s find out which team Read More

Posted: Monday, February 24, 2020 10:50, EST
There could be a shifting of some odds to win the Stanley Cup and both conferences at Mybookie on Tuesday because the NHL’s trade deadline was Monday afternoon, although the consensus is that player movement on deadline day could be slower and less consequential than in years past. We shall see. Here’s a look at two intriguing matchups early this Read More

Posted: Friday, February 7, 2020 1:59, EST
The Buffalo Sabres will look to snap out of their recent funk in order to pull off the big upset over the New York Rangers when the longtime Eastern Conference rivals square off on Friday night. With the Rangers looking to make a move up the Metropolitan division standings and Buffalo looking to do the same in the Atlantic division, Read More

Posted: Tuesday, January 28, 2020 11:44, EST
Major advantage to the Buffalo Sabres on Tuesday when they host the Ottawa Senators as Buffalo is extremely well-rested while Ottawa is playing its second game in 24 hours. The Sabres will be sizable favorites on the NHL odds. How to Bet Senators vs Sabres 2020 NHL Odds, Preview & Pick When: Tuesday, 7 PM ET Where: KeyBank Center TV: Read More