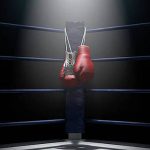 WBO Light Heavyweight Champion Joe Smith Jr. returns to the ring on Saturday night to defend his belt against Stephen Geffrard. Smith Jr. versus Geffrard highlights a night of terrific boxing action on ESPN and ESPN+, including Rosario versus Butler, Flores against Pinchuk, and Nova versus Encarnacion.

WBO Light Heavyweight Champion Joe Smith Jr. returns to the ring on Saturday night to defend his belt against Stephen Geffrard. Smith Jr. versus Geffrard highlights a night of terrific boxing action on ESPN and ESPN+, including Rosario versus Butler, Flores against Pinchuk, and Nova versus Encarnacion. Check out Boxing odds, analysis, and free picks for 4 of this weekend’s top boxing matches.

Boxing Betting Events for the Weekend: Saturday Night on ESPN

5-0 with 2 knockout wins, favored Omar Rosario faces the toughest test of his young career. Raekwon Butler has a 4-1 record.

Butler also has a couple of knockout victories. No doubt, Butler will fight hard. But although the underdog has a shot, Rosario is a couple of inches taller. The favorite will use his height and reach to keep Butler from getting close enough to score points. Give Rosario the victory.

A heavyweight form Ukraine, Pinchuk has built a 13-2-1 record with 8 knockout victories. On Saturday, Pinchuk takes on a boxer he should dominate from the outset.

Jose Mario Flores hasn’t fought since 2019. It’s tough to find any info on Flores because most boxing sites believe he’s inactive. Flores lost his last bout, a fight against Joseph Williams. If the fight happened this past summer, Flores might be worth backing. But it happened so long ago that it’s difficult to believe Jose shows up with his best. Pinchuk should win this via TKO or KO.

Encarnacion is a talented fighter. He has a very good 19-1 record with 15 knockout victories. Encarnacion hasn’t fought since 2020, though, which could be one of the reasons he’s such a big underdog.

The other reason he’s such a massive dog is because Abraham Nova is 20-0 with 14 knockout wins. Nova is also the bigger man, which means Encarnacion is up against it in this fight. That being written, Nova shouldn’t be more than a -1000 to -1500 favorite. We’ll side with the dog and hope he gets lucky.

Joe Smith Jr. is a good fighter and he should win this, but Steve Geffrard offers odds that make him an attractive play. Geffrard also has a very good record.

In 20 bouts, the challenger has 18 wins and 2 losses. The last loss happened in 2013. 12 of Geffrard’s 18 wins happened via KO or TKO. The challenger is also very good at going to the body, which will serve him well in this.

Again, Smith Jr. should win. But Steve Geffrard is a puncher that offers overlay odds. The underdog is the play.

Posted: Friday, January 14, 2022 3:20, EST
WBO Light Heavyweight Champion Joe Smith Jr. returns to the ring on Saturday night to defend his belt against Stephen Geffrard. Smith Jr. versus Geffrard highlights a night of terrific boxing action on ESPN and ESPN+, including Rosario versus Butler, Flores against Pinchuk, and Nova versus Encarnacion. Check out Boxing odds, analysis, and free picks for 4 of this weekend’s Read More

Posted: Friday, December 31, 2021 2:15, EST
Boxing rings in the New Year with a fantastic Saturday night card on Fox PPV. The all heavyweight card happens on January 1 in Hollywood, Florida. Luis Ortiz versus Chris Martin is the main event. The fight is an IBF Heavyweight Eliminator. Keep reading for Boxing Lines, analysis and picks for 4 of the fights on PBC Boxing’s Saturday night Read More

Top Boxing Matches to Bet On: Serrano vs Gutierrez Analysis

Posted: Friday, December 17, 2021 4:41, EST
This Saturday, Jake Paul and Tyron Woodley throw down for the second time. The fight has drawn so much interest that we’ve written a separate blog on Paul vs. Woodley 2. Make sure to check that one out. In this blog, we make picks for three of the Paul vs. Woodley 2 undercard bouts. We also analyze and make picks Read More

Posted: Friday, December 17, 2021 4:05, EST
On Saturday night, Tyron Woodley and Jake Paul dance for the second time. Woodley is a replacement for Tommy Fury, who suffered an injury during training that will keep him from boxing Paul. But just because Woodley is the replacement fighter, it doesn’t mean he has no shot. Based on the last fight, Woodley has a huge chance to beat Read More

Posted: Friday, December 10, 2021 4:25, EST
On Saturday, one of the top pound for pound boxers on the planet returns to the ring. Vasiliy Lomachenko steps between the ropes for just the second time since losing his title belt to Timefeo Lopez to take on former champion Richard Commey. The twelve round bout is the only of the six we discuss that’s not for a title. Read More

Jake Paul vs Tyron Woodley Boxing Betting Analysis: JP and Woodley Will Have their Rematch

Posted: Tuesday, December 7, 2021 8:04, EST
It appears the Jake Paul versus Tyron Woodley rematch will happen after all. Many believed Paul would never fight Woodley again. But after Tommy Fury, Tyson Fury’s brother, pulled out of the fight against Jake, Paul picked up the phone and gave Woodley a ring. The former UFC Champion would like nothing more than to have another crack at Jake Read More

Posted: Sunday, December 5, 2021 2:16, EST
A couple of championship boxing matches happen over the weekend. On Saturday, Devin Haney puts his WBC World Lightweight title on the line versus Joseph Diaz Jr. Then on Sunday, Isaac Cruz challenges Gervonta Davis for Davis’ WBA Lightweight belt. We handicap and make picks for both championship bouts as well as a couple of intriguing non-title fight matches. Check Read More