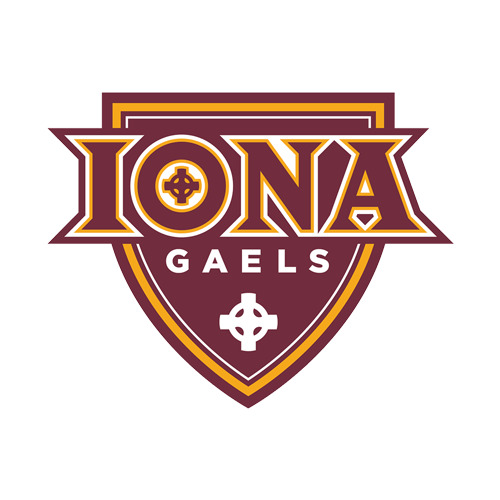 One of the big stories of the first round of the 2021 NCAA Tournament will be Hall of Fame coach Rick Pitino’s return to the Big Dance as he brings No. 15 Iona into a first-round matchup Saturday with No. 2 seed and SEC champion Alabama, which is a sizable favorite on the NCAAB odds.

The Gaels and Crimson Tide have only met once, back in 1989, with Alabama earning the victory at a neutral site in Santa Clara, California.

In a season that can’t be compared to any other, the former Louisville and Kentucky coach Rick Pinto led Iona to a MAAC crown with a 60-51 win over Fairfield last Saturday. Iona has won its league-leading 13th MAAC Tournament Championship. The Gaels are the second champion ever to be crowned having gone 4-0 in the tournament. The previous team was Siena in 2002. Iona was the first No. 9 seed in MAAC history to make the final of the MAAC Championship.

Pitino is the fifth coach in MAAC history to win the tournament championship in his first year in the league. He joins Mitch Bonoguoro (Fairfield, 1986), Fran Fraschilla (Manhattan, 1993), Skip Prosser (Loyola, 1994) and Rob Lanier (Siena, 2002).

Asante Gist was named the 2021 MAAC Championship Most Outstanding Performer. Isaiah Ross and Berrick Jean Louis were named to the MAAC Tournament Team.

Isaiah Ross (18.4 PPG, 39% from the 3-point line) is the cornerstone of an Iona team that led the league in offensive efficiency — despite also leading the conference in offensive turnover rate. Ross is also hitting 39.1 percent from deep and pulling down 3.8 rebounds per game while dishing out 1.5 assists per game. The All-MAAC First Team member was a three-time MAAC Player of the Week during the 2020-21 season.

Pitino joins Lon Kruger and Tubby Smith as the only three coaches to lead five different programs to the NCAA tournament. Pitino has a that’s only played 17 games but won six straight by an average of 11.7 points. Iona is in the Big Dance for the 15th time in program history but has just one victory in the tournament.

Alabama (24-6) won the SEC Tournament over LSU to secure its first league title in 30 seasons. It won the SEC regular season and tournament titles and has lost just one game — an 81-66 road loss to Arkansas on Feb. 24 — since Feb. 6. Alabama’s No. 2 seed is tied for the program’s highest NCAA Tournament seed since 2001-02.

With 6-foot-5 John Petty (12.7 PPG) and the versatile, 6-8 Herbert Jones (10.8 PPG, 6.1 RPG), the SEC player of the year, Alabama can play small ball and use its top-10 tempo to beat teams in transition. But that speed doesn’t result in chaos. Alabama made 38% of its 3-point attempts in league play and maintained the SEC’s most efficient defense.

Coach Nate Oats (last seen in the NCAAs getting Buffalo to multiple tournaments) believes in a blistering tempo and a maniacal commitment to defense. Gonzaga and Alabama are the only teams whose offensive possessions take less than 15 seconds on average, yet also rank in the top 10 in defensive efficiency. Alabama is No. 1 in the country in points-per-possession defense.

Across the Crimson Tide’s 30 games on the season, Jones is averaging 11.2 points per game and leads UA in assists (3.4 apg), rebounding (6.5 rpg), steals (1.8 spg) and blocks (1.1 bpg). Jones is one of only two players in the nation (Evan Mobley, USC) who are a semifinalist (Top 10) for both the Naismith Player of the Year and Defensive Player of the Year.

This season marks Alabama’s 21st NCAA Tournament appearance in program history The Tide own a 19-20 (.487) record in NCAA tourney play, with the 2004 team advancing the farthest in program history, reaching the Elite 8.

The winner of Iona vs. Alabama will advance to the second round of the tournament to play the winner of No. 7 UConn and No. 10 Maryland

Posted: Friday, March 19, 2021 9:12, EDT
One of the big stories of the first round of the 2021 NCAA Tournament will be Hall of Fame coach Rick Pitino’s return to the Big Dance as he brings No. 15 Iona into a first-round matchup Saturday with No. 2 seed and SEC champion Alabama, which is a sizable favorite on the NCAAB odds. How to Bet Iona vs. Read More

Posted: Tuesday, March 19, 2019 9:05, EDT
Despite getting knocked out of the ACC Tournament semis by eventual champion Duke, North Carolina became the third ACC school to get a No. 1 seed in the 2019 NCAA Tournament. The Heels should have little trouble advantage as big March Madness odds favorites on Friday vs. No. 16 Iona. Download Our Exclusive 2019 March Madness Bracket now! Iona vs Read More

Posted: Wednesday, March 14, 2018 9:48, EDT
Duke has been the victim of some big first-round upsets in the NCAA tournament this decade. Could the ultra-talented No. 2 Blue Devils actually fall to No. 15 Iona in first-round Midwest action on Thursday afternoon? MyBookie oddsmakers surely don’t think so. Here’s the March Madness betting odds for this matchup. Duke vs. Iona 2018 March Madness Betting Odds & Read More

Posted: Monday, March 14, 2016 6:16, EDT
If it’s free…it’s for me! In today’s economically-challenging times, who doesn’t love something for free? In keeping with that theme, you’re about to get three free opening round March Madness betting picks that are simply salivating! Each of the following trio of free picks has a great chance of cashing in for March Madness college hoops gaming enthusiasts that are Read More