NCAA Basketball 2021 Season: Week 1 Matches To Must Wager On 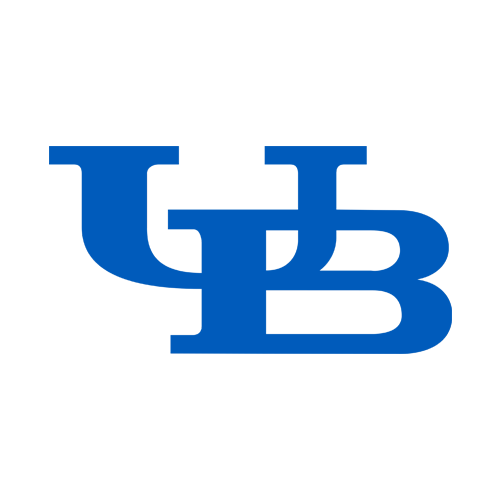 The Owls might be in fourth place in the AAC standings behind nationally ranked Houston, Cincinnati and Central Florida, but I’m thinking Temple has the look of a team that could do some damage if they get into the national championship tournament. A win in their regular season finale against UCF could help their tournament cause, but this is a team that has recorded some decent wins over the likes of Missouri, Davidson, Wichita State and Houston. A March Madness surprise run wouldn’t be all that surprising if Temple gets in!

Virginia Commonwealth is sitting atop the A-10 standings and they simply look dangerous to me. VCU has a so-so offense that averages a modest 71.4 points per game, but VCU is stupendous at the other end of the floor in limiting their opponents to just 61.1 points per game to rank ninth nationally in points allowed. VCU also ranks a fantastic sixth in field goal defense (38.2%) and a jaw-dropping second in defending the three-point shot (27.2%). If they can put some points on the board, the Rams could be a great pick for an upset or three come tourney time.

The Badgers might not be the best team in the Big Ten, but they did manage to beat Michigan once this season and they rank a stupendous 11th nationally in points allowed (61.6 ppg). Wisconsin has a legitimate star in forward Ethan Happ (17.8 points, 10.1 rebounds, 4.7 assists) and the kind of defense they play means they could upset anyone if they get into the national championship tournament.

Maryland is another Big Ten ballclub that is flying under the radar but one that could potentially pull of at least an upset or two come tourney time – if they get in that is. Maryland has a rock-solid defense that limits the opposition to just 65.1 points per game (35th) and the Terps share the ball well, even though they don’t necessarily have a go-to scorer.

The Bulls are sitting atop the MAC standings mostly because they have an offense that can score with any team in the nation (85.0 ppg, sixth). Sure, Buffalo doesn’t play any elite competition, but then again, neither did Loyola-Chicago last year and they made an incredible run to challenge for the national championship. Buffalo has three double-digit scorers and a real star in senior combo guard C.J. Massinburg (18.7 ppg).

While Buffalo is sitting atop the MAC East standings, Toledo is reigning in the MAC West right now. The Rockets are solid at both ends of the floor in averaging 77.8 points per game (61st) and allowing 68.0 points per contest defensively (). The Rockets have won eight of their last 10 games and rank inside the national Top 50 in three-point shooting, free throw shooting, and both, field goal and three-point defense.

While nationally-ranked Nevada (27-3) has garnered all of the national media attention in the Mountain West this season, Utah State is looking quite dangerous right now, particularly after beating the Wolf Pack 81-76 last weekend. Utah State ranks 43rd in scoring (79.1 ppg) and 57th in points allowed (66.8 ppg), not to mention, 40th in field goal shooting percentage and a stellar 13th in field goal defense (39.3%). Make no mistake about it, the Aggies have the look of a dangerous team that could become March Madness betting darlings.

Posted: Thursday, March 7, 2019 1:25, EST
Sure, while the likelihood is that one of the top national championship contenders will win this season’s national championship, the fact of the matter is that in today’s upset-laden times, just about any team, anywhere, is capable of making a surprisingly deep run in the national championship tournament – or maybe you’ve forgotten all about Loyola-Chicago’s stunning March madness run Read More

Posted: Tuesday, February 5, 2019 2:51, EST
Whether you’re suffering from some post Super Bowl blues or you’re simply an enthusiastic for the quickly-approaching annual March Madness national college basketball championship, you should know that now is a great time to start formulating your 2019 national championship wagering plans. Better yet, you’re about to get some insightful March Madness betting information that will undoubtedly help you in Read More

How to Bet Arizona vs. Buffalo NCAA Basketball Picks

Posted: Wednesday, March 14, 2018 4:50, EDT
When No. 4 Arizona and No. 13 Buffalo square off in their 2018 NCAA Tournament opener on Thursday night, only one question needs to be asked: Can the ‘drama-plagued’ Wildcats avoid the upset to cover the chalk against their lower-seeded opponents? If you’re looking for some NCAA Basketball odds analysis, then look no further. This contest is offering a great Read More

Potential 2018 March Madness teams that Few are Talking About

Posted: Friday, February 16, 2018 12:11, EST
Every year when March Madness rolls around, we all spend a ton of time trying to figure out which teams will be the ones that have the potential to bust our brackets. What we are usually looking at are one or two mid-major teams who get hot at just the right time, springing upsets in the early rounds. These are Read More

Posted: Thursday, February 15, 2018 5:47, EST
If you’re fired up about the quickly approaching 2018 March Madness Betting action and you’re looking for a bit of assistance in predicting which teams will be in the field and which ones could get left out in the cold, then you’re in luck. This expert preview at the likely top four and bottom four seeds in the East Region will Read More

Posted: Wednesday, March 16, 2016 12:06, EDT
The 1 and 2 seeds in each of the regions don’t usually have a great deal of trouble moving on to the round of 32, but things start to get a little tougher to handicap once you start getting into the lower seed match-ups. In the South region, the Miami Hurricanes were handed the #3 seed, which meant they had Read More

Posted: Friday, March 20, 2015 10:04, EDT
It turns out that U.S. President Barack Obama is a big fan of the March Madness Bracketology and has been filling a bracket for ESPN since he was elected as the President in 2009. Among his many interesting picks for this year’s NCAA Tournament, the one that stands out for me is his opening-weekend prediction of 12th-seeded Buffalo upsetting No. Read More