Most consider the SEC the most important college football conference in the nation. The best coaches, top players, and top programs exist in the Southeastern Conference, which is why it’s not too early for us to consider what might happen in the SEC this season. Check out five fearless predictions for college football’s most dominant conference so you can place your bets against the NCAAF Odds. 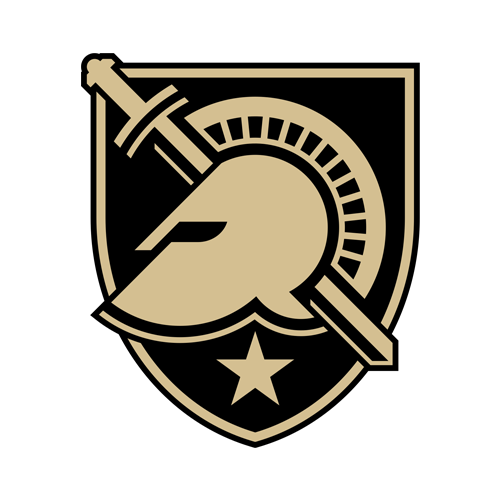 There is no more storied rivalry in college football Army vs. Navy and the rivals usually play in Philadelphia every season, but this year’s game was moved to Army’s on-campus location at West Point due to COVID-19. The game was moved due to attendance limits in the state of Pennsylvania that won’t allow the Brigade of Midshipmen and the Corps of Cadets to attend the game. Army is a TD favorite on the NCAAF odds and both will be wearing spectacular uniforms.

In 2019, Army lost to Navy 31-7 in Philadelphia. Navy’s Malcolm Perry (now gone) became the fourth quarterback in FBS history to rush for 300 yards, running for 304 yards with two touchdowns, and set a slew of program records. The Midshipmen had exactly one yard passing. Army only had 25.

Navy snapped a three-game losing streak in the series. The Black Knights were trying to win four straight games in the Army-Navy series for the first time since 1993 to 1996.

Navy (3-6) comes off a 19-6 loss to Tulsa last Saturday, the Middies’ fourth straight defeat. Navy freshman QB Xavier Arline completed 4-of-8 passes for 29 yards and rushed 27 times for 60 yards in his first career start. Arline’s 60 rushing yards were the most by a Navy quarterback all season.

The Midshipmen produced only 153 yards in offense and lost their home finale for the first time since 2002. The score was tied at 6 late in the third quarter before Tulsa QB Zach Smith lofted a long pass between four Navy defenders into the waiting arms of Josh Johnson, who outdistanced his pursuers in a 40-yard sprint to the end zone.

Airline is likely to start Saturday and will be just the fifth freshman to start at quarterback for Navy in the annual Army-Navy game. The Mids went 3-1 in the previous four games with Keenan Reynolds leading Navy to a win in 2012 (17-13), Jim Kubiak in 1991 (24-3) and Mike Roban in 1974 (19-0). The only time Navy has lost to Army when starting a freshman quarterback was in 1987 (17-3) when Alton Grizzard got the start.

Navy is 42-28 (.600) in the Ken Niumatalolo era (2008-present) in one-score games (8 points or less), including 3-1 (.750) in 2020. Senior defensive end Jackson Perkins is the only player on Navy’s defensive unit to start all 9 games this fall. The Mids have started 4 different nose guards and 3 different quarterbacks. Sophomore linebacker Tama Tuitele is the nation’s leader in forced fumbles with 4.

If Navy defeats Army and Army beats Air Force the following week, the Mids will retain the Commander-In-Chief’s Trophy. The three schools have not gone 1-1 against each other since 1993 when Air Force retained the trophy.

Army (7-2) does have a game vs. Air Force remaining after this – normally, Army-Navy is the finale. The Black Knights haven’t played since way back on Nov. 21, a 28-27 win over Georgia Southern. The Cadets had two blocked kicks (1 punt, 1 PAT) on the day. They lead the nation with seven (3 punt, 2 FGA, 2 PAT) on the season.

It was the first time in over 16 years that Army overcame a 14-point deficit to win a game. The last time was on Oct. 16, 2004, at USF, which Army won 42-35. QB Tyhier Tyler became the fourth player to earn a start at quarterback for the Black Knights this season, marking the first time in program history that the Cadets have had four different starters at QB in a season. So far on the season the Black Knights have had 24 first-time starters, the most in the nation.

The last time an Army game was decided by one-point in normal regulation was the 2017 Army-Navy game, which Army won 14-13. The Cadets topped Miami (Oh) 31-30 in 2018, but the game was decided in double overtime.

Senior linebacker Jon Rhattigan was named a semifinalist for the Chuck Bednarik Award, which has been presented annually to the nation’s top defensive player since 1995. Rhattigan leads the Black Knights with 67 tackles (21 solo) and 8.0 tackles for a loss. He is also tied for the team lead for interceptions with two, one of which he returned for a touchdown and the other he returned for 50 yards.

Posted: Friday, December 11, 2020 9:01, EST
There is no more storied rivalry in college football Army vs. Navy and the rivals usually play in Philadelphia every season, but this year’s game was moved to Army’s on-campus location at West Point due to COVID-19. The game was moved due to attendance limits in the state of Pennsylvania that won’t allow the Brigade of Midshipmen and the Corps Read More

Posted: Tuesday, December 18, 2018 7:13, EST
The Houston Cougars may be the 17th-ranked team in the nation, but they’ll be underdogs when they take on the Army Black Knights in the 2018 Armed Forces Bowl on Saturday, Dec. 22, If you’re looking for some expert bowl game picks that can assist you in your efforts to cash in consistently over the course of the coming bowl Read More

Posted: Friday, December 7, 2018 2:29, EST
The Army Black Knights and Navy Midshipmen will both look to close out their respective regular season campaigns with a victory when they square off in their huge, annual regular season-ending matchup at Lincoln Financial Field in Philadelphia on Saturday. Can Army reach the double-digit win mark by taking down Navy or will the Midshipmen get the huge upset to Read More

Posted: Thursday, September 20, 2018 12:55, EDT
In college football, there are some huge programs who you know will be up there competing every single year. These schools are able to recruit the best players in the nation, essentially guaranteeing that they will be able to fill the inevitable holes that come each year when the best players head off to the NFL. There are some players Read More

Posted: Tuesday, December 19, 2017 3:09, EST
The Army Black Knights will look to pull off the upset over the 2017 Armed Forces Bowl odds favorite San Diego State Aztecs when the two teams take to the gridiron at Amon Carter Stadium on Saturday, December 23, at 3:30 PM ET. With Army being a near touchdown underdogs, let’s find out if the Black Knights can pull off Read More

Posted: Wednesday, September 13, 2017 1:33, EDT
J.T. Barrett and the eighth-ranked Ohio State Buckeyes won’t have any problem bouncing back from their humbling Week 2 loss against Oklahoma when they host the Army Black Knights in Week 3. With that said, what collegiate gridiron bettors really need to know is whether Barrett and the Buckeyes can cover the NCAAF odds as four-touchdown-plus home favorites. As of now, Read More

Posted: Monday, December 26, 2016 2:29, EST
An unusual spread here for Tuesday’s Heart of Dallas Bowl. North Texas has already beaten Army once this year as a 17-point underdog on the road. Now the Mean Green are a double-digit & dog in a bowl game being played in Dallas. Hmm. North Texas is one year removed from a 1-11 season. Army vs North Texas Heart of Read More

Posted: Wednesday, December 7, 2016 8:48, EST
The 2016 college football regular season comes to an end on Saturday in the usual fashion: the Army-Navy game. The Midshipmen are ranked 25th in the country for the matchup at M&T Bank Stadium in Baltimore. Army looks to end a historic losing streak in the series but Navy is favored on college football odds. Navy vs Army Lines, Betting Read More