Saturday Night Football, Jan. 15 (6) Patriots at (3) Bills: 8:15 p.m. ET (CBS) Stream: Paramount+ (click here). These two division rivals will be meeting for the third time this season. The Patriots and Bills split their season-series with the home team losing each time.

Sunday Night Football, Jan. 16 (7) Steelers at (2) Chiefs: 8:15 p.m. ET (NBC). Ben Roethlisberger will get a chance to put off his retirement for another week or two if the Steelers can figure out a way to upset the Chiefs. However, that won’t be easy, considering Kansas City blew the Steelers out 36-10 just two weeks ago.

Sunday, Jan. 16 (6) 49ers at (3) Cowboys: 4:30 p.m. ET (CBS and Nickelodeon) Stream: Paramount+ (click here). This will be a rematch of one of the most storied rivalries in NFL playoff history. Although these two teams have met seven times in the playoffs, this will mark their first postseason meeting since the 1994 season, which is also the last time the 49ers won the Super Bowl..

Monday Night Football, Jan. 17 (5) Cardinals at (4) Rams: 8:15 p.m. ET (ABC/ESPN). These two division rivals will be meeting for the third time this season. The Cardinals and Rams split their season-series with the home team losing each time, which isn’t great news for the Rams, who will be the home team in this game.

Also known as our 2021-2022 NFL Playoffs Bracket, Filling the bracket out is easy, just follow the instructions on your printed page, all brackets are automatically updated by your browser and printer so no one can doubt you for picking the perfect bracket.

*Our Printable NFL Playoffs Bracket / Superbowl Printable Bracket does not require any additional app or programs like Adobe Acrobat, or PDF Viewer to use. JUST CLICK PRINT! 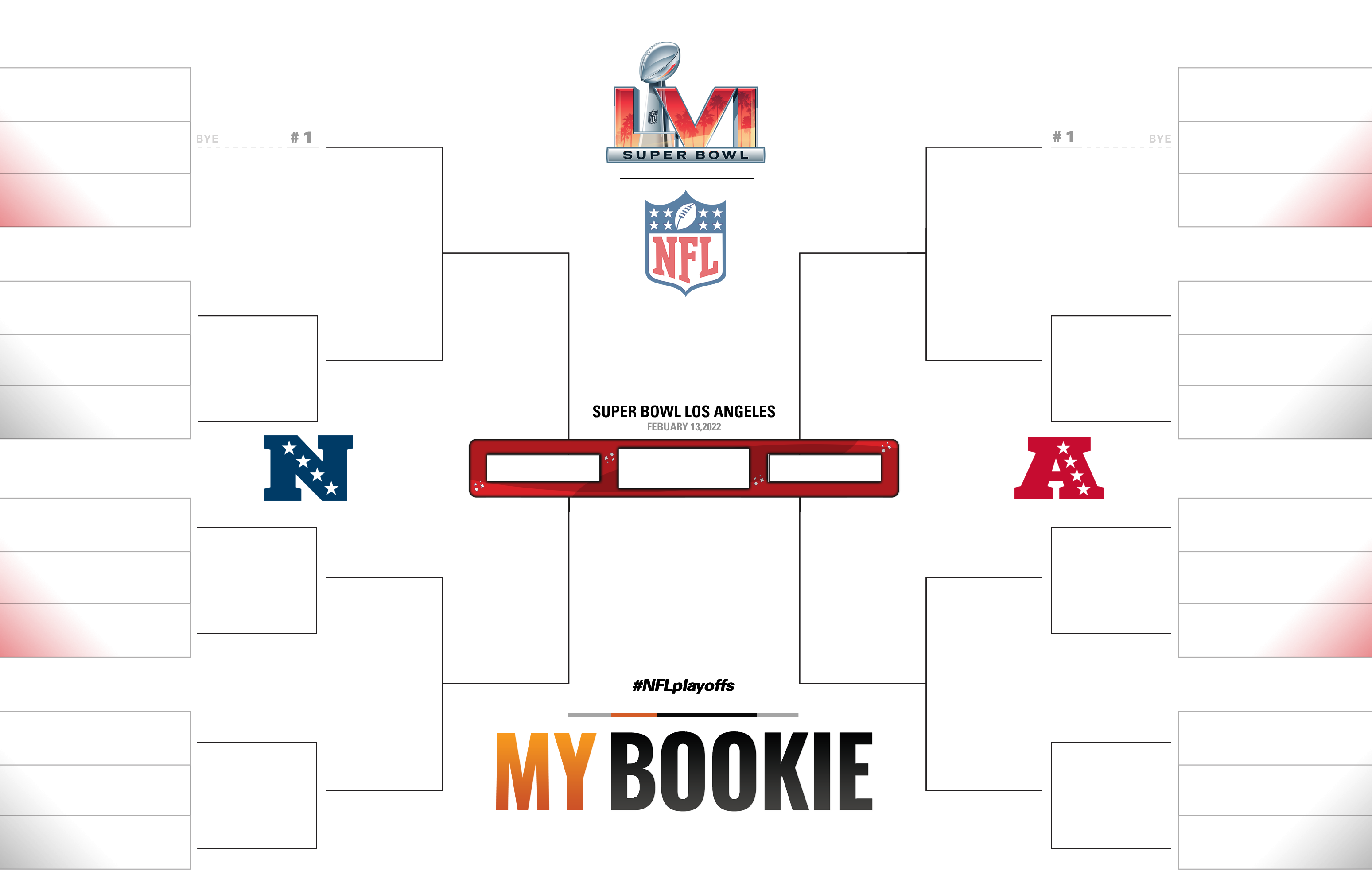 Print your Playoffs Bracket Directly to your Home Printer